Congratulations to Ritchard Fox on receiving a Minor Facade Improvement award for the replacement of awnings at 112-116 North Street. When asked to share a few words on his experience with the City of Groton new grant program, Mr. Fox shared the following:

“Hello, I’m Ritchard Fox, owner of 112-116 North St in Groton City I would like to share a bit of my experience dealing with the City of Groton and the new Minor Facade Improvement Grant Program.

First of all I would like to thank Cierra Patrick our Economic Development Manager for personally introducing herself to my 3 tenants and making us all aware of this new grant program. 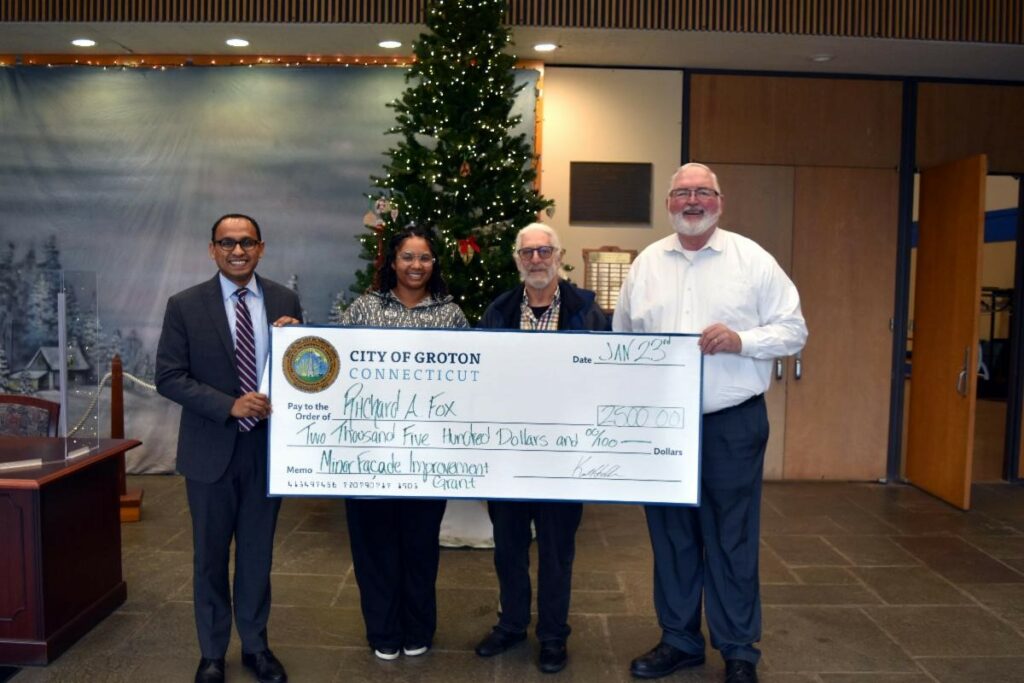 My family has owned the property at the top of the hill since the mid-60’s. My Mom, Dad and brother ran the House of Good Spirits for more than 25 years. Today there are 3 local businesses there and all 3 have been great tenants for more than a decade and nearly everyone working there is a resident of Groton.

The Minor Facade Improvement grant has enabled me to replace the weather-beaten and torn-up awnings with brand new ones that definitely dress up the storefronts. I hope my fellow Groton City business owners do the same.

Come on by and check us out…we’re on the hill but on the level too.” Notice of Review of the Annual Report for Stormwater Management Plan — January 17, 2023 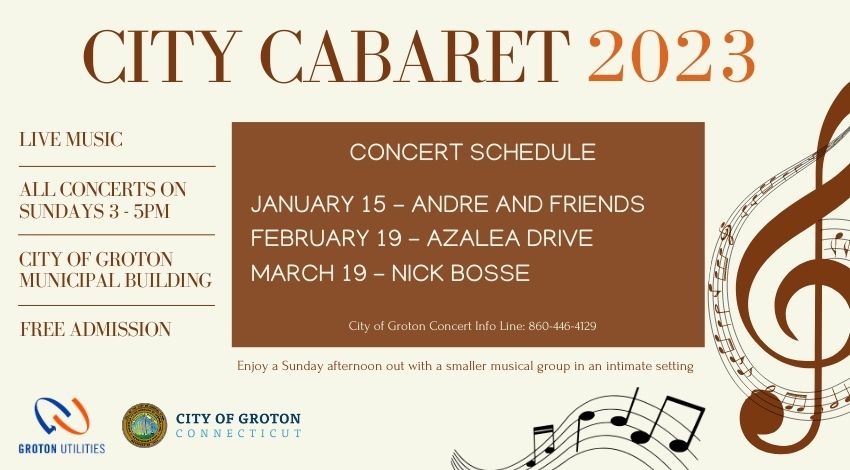 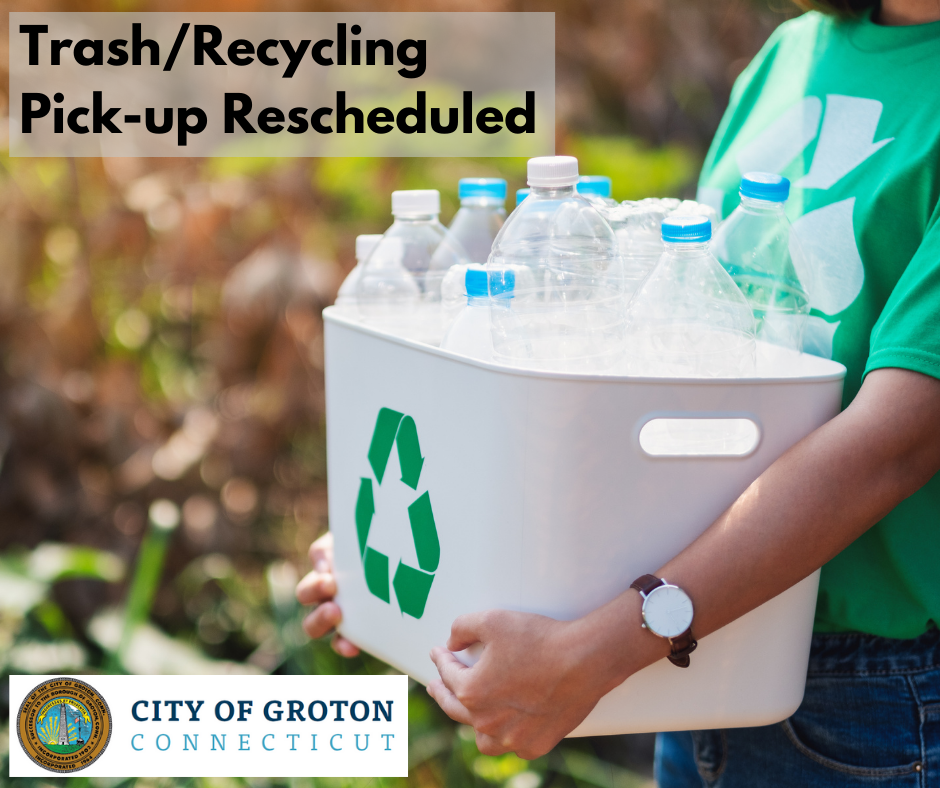 The City of Groton offices will be closed on Monday, September 5th due to the Labor Day Holiday. All trash and recycling normally scheduled for pickup on Monday will instead be picked up on Tuesday, September 6th. Please plan accordingly.

Please note that the Public Works Department summer hours have ended and that standard operational hours are now  7:00am – 3:00pm, Labor Day thru Memorial Day. Residents should have trash and recycling out by the curb by 7:00 am going forward beginning 9/6.

On Friday, July 29th at noon at a ceremony on the steps of the Municipal Building Mayor Keith Hedrick declared July 28th as Peruvian Independence Day in the City of Groton. As part of this celebration the Peruvian Flag was raised.

July 28th commemorates the liberation of Peru from Spain by José de San Martin. The following day, July 29th celebrates establishment of the Republic of Perú. Together these two days are called Las Fiestas Patrias and are by far the most important national holidays in Peru. 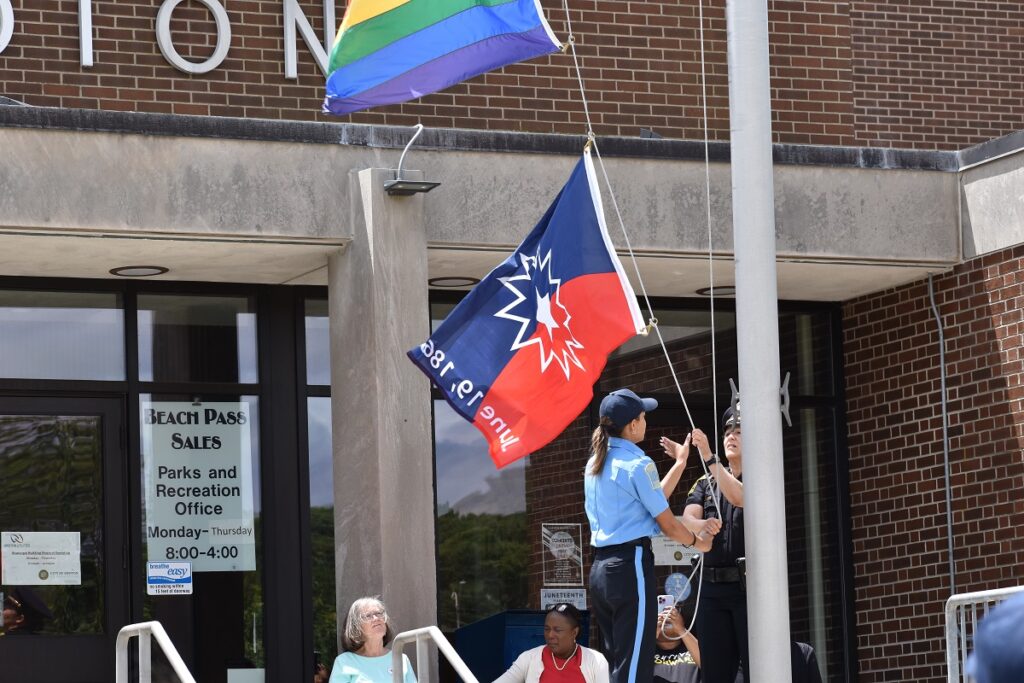 The Juneteenth Holiday will be observed on Monday, June 20, 2022 by the City of Groton. City Offices and services will be closed on Monday with all trash and recycling scheduled for that day being picked up on Tuesday, June 21, 2022 instead.

Also of note, Public Works Summer Hours began on Memorial Day and run thru Labor Day. Hours are 6:00 am – 2:00 pm. Residents should have trash and recycling out by the curb by 6:00 am.

For more information please call the City of Groton Highway Department at 860-446-4127. 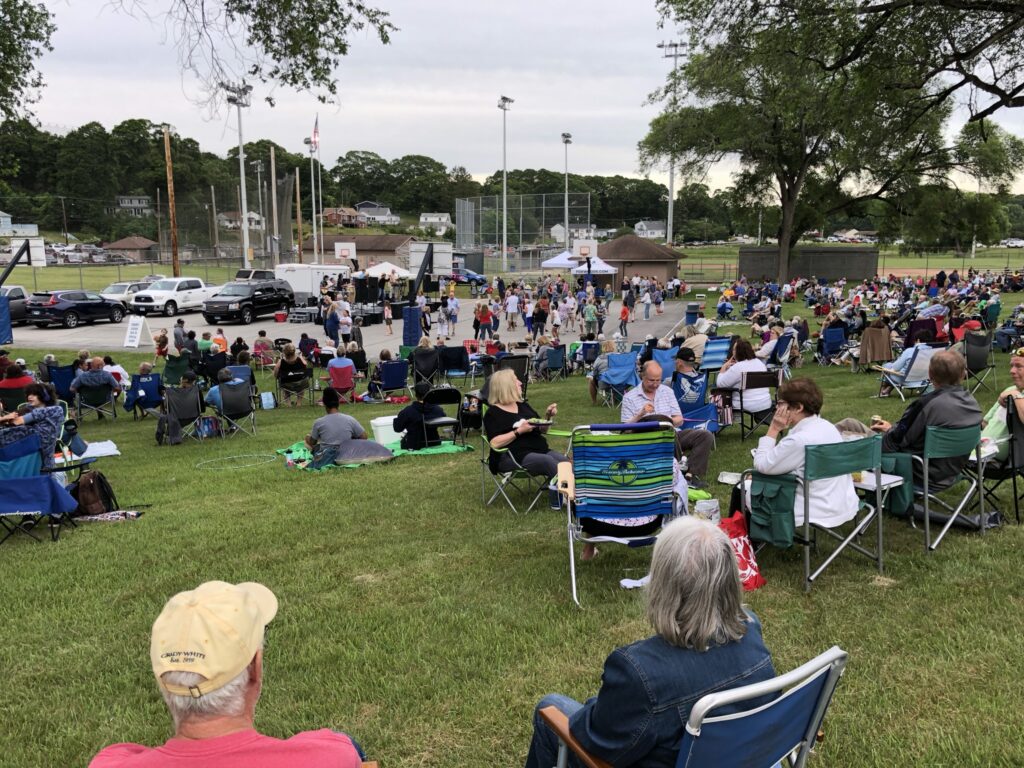 June is nearly here and so is our summer concert season! Get ready to rock out in the park with our stellar lineup of 2022 bands. First up is Groton favorite The Cartells on June 17th, followed by a different awesome band each Friday through the end of July.

All shows are at Washington Park in the City of Groton, starting at 6:30 pm. We have a wide variety of food trucks for each show as well as media partner Q105 – so come on down and start the weekend off right by rockin’ out in the park!

Check out the full schedule below:

The Cartells are back again and ready to bring the party with them. Masters of jazz, swing, rock, Motown and R&B – The Cartells know how to play practically anything and leave the audience smiling. Come on down and enjoy a terrific band.

Are you ready to rock? Last Licks is a group of top-notch musicians specializing in 70s rock, playing music by Queen, Led Zeppelin, Pink Floyd, Bad Company, Deep Purple, Van Halen and much, much more. Governor Ned Lamont named Last Licks Connecticut’s Band of the Year for 2019, so these guys have serious credentials. Last Licks is new to our concert series, so if you want to see the new guys in town, come down to the park for a night of out-and-out rock and roll.

Mass-Conn Fusion have played the park many times before and are excited to be making their triumphant return after a year off from our event. The band has an extensive repertoire featuring Motown, R&B, Funk along with hits of the 60’s right up to the present. Mass-Conn Fusion brings the fun every time out. Come on down to the park and prepare to have a great time.

Voted Best of Northeast 2021 – Best Musician/Musical Group, The Bulletin Readers Choice Award. New to our concert series, Red Light is one of the most popular bands in the area and we are excited to have them play for us. Red Light is a five-piece modern and classic dance party rock, country rock and pop rock cover band that bring energy and musicianship to every show they play. Red Light plays the best party music spanning five decades in a fun, dynamic, high-energy presentation.

Did you see them last year at the park? They were so much fun – so much, in fact, that we had to bring them back again this year. Pop Rocks is Connecticut’s Ultimate 80s Experience, playing only the best pop and rock from the 80s! This band is going to knock your socks off and truly know how to entertain a crowd. If you love the 80s these guys (and girl) have it covered, playing the best of Journey, Starship, Heart, Brian Adams, Buggles and much, much more. Come down to the park for a totally awesome time.

Wild Nights is Southeastern Connecticut’s Newest party rock band. The band plays music spanning across multiple decades – something to make everyone dance and have a blast! With songs by artists ranging from Maroon 5, Dua Lipa, Alanis Morissette, The Weeknd and The B-52s all the way to Guns and Roses there is something for everyone. Come see this “new to the park” act and enjoy a terrific band.

This Friday Night summer concert series is held at Washington Park, Meridian Street in Groton. All concerts start at 6:30 p.m. and is co-sponsored and co-produced by Groton Utilities and the City of Groton Parks and Recreation Department.

Food is available on site from food trucks and the concession stand. Restrooms are also available.

The concerts are designed to be especially appealing to families for a fun, inexpensive night out. Spectators are encouraged to bring their families and perhaps a picnic supper. The concert site also has sufficient room on the basketball court for dancing.

For concert information or cancellation notices, call 860-446-4129, the concert hotline. 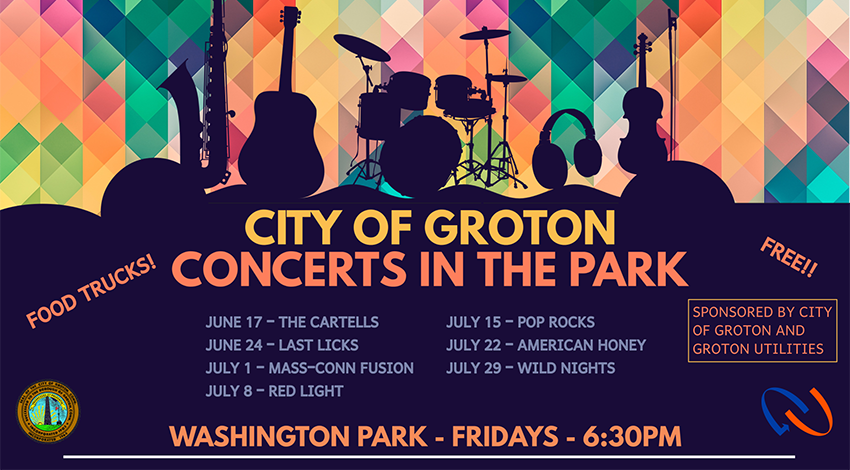 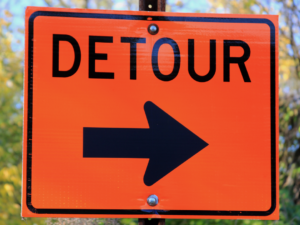 Beginning May 9, 2022 traffic in and around the “Five Corners Intersection” will be disrupted due to ongoing construction.

Please expect minor delays and be observant for traffic directional signs and follow Officers/Flaggers direction.  Please travel slowly and safely in this area to ensure the well-being of all workers within the construction zone.

Local restaurants, gas stations and other local business will remain open and pedestrian traffic should not be significantly impacted.

We will continue to post updates as the construction progresses.