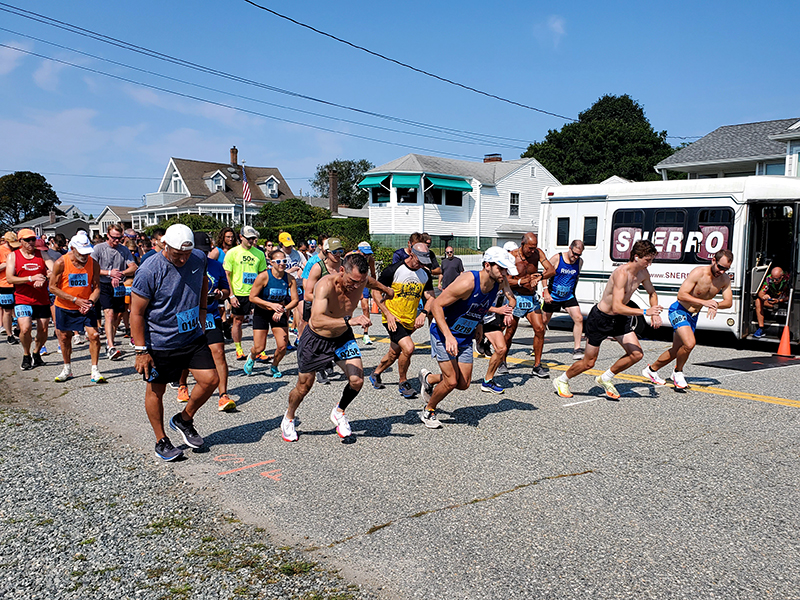 On Saturday September 10, 2022 the Greater Mystic Chamber of Commerce in concert with Groton Utilities held the 2nd Annual Groton City Brew Run at Eastern Point Beach in the City of Groton. It was a beautiful day for a wonderful event, which was attended by over 330 people, including 277 runners and walkers in the 5K race.

The overall winner of the 5K race with Jared Dybas from Port Saint Lucie, with a time of 17:57. The women’s division winner was Katie Esposito of Madison, coming in at 21:32.

See all results below:

The Riverfront Children’s Center was this year’s beneficiary.

After the race was over Brew Runners enjoyed the local beer brewfest on the lawn behind the Zieberski House at Eastern Point Beach. This year we added several breweries to bring the total to fifteen, serving up their best brews to all who asked. The local acoustic duo Azaela Drive provided the live music, while the seven food trucks provided food, drink and desserts to round out the lineup.

The Brew Run Committee would like to thank all who gave their time, energy and resources to help make this event happen. The Groton City Brew Run is held the first Saturday after Labor Day every year at Eastern Point Beach in Groton, CT. We will be back again next year, bigger and better than ever!

Map of the race: