Strange Brew Band Playing this Friday at Concerts in the Park

The Strange Brew Band will be playing at our last concert of the season this Friday night. These guys are new to our concert series, but have no doubt, they can rock with the best of them. The Strange Brew Band are a five-piece rock and roll outlet that bring energy and musicianship every time out. Their sets have ranged from Black Crows, Doors, White Stripes, Zepplin, Sabbath all the way to Stevie Wonder. Come down and check them out – they rock! 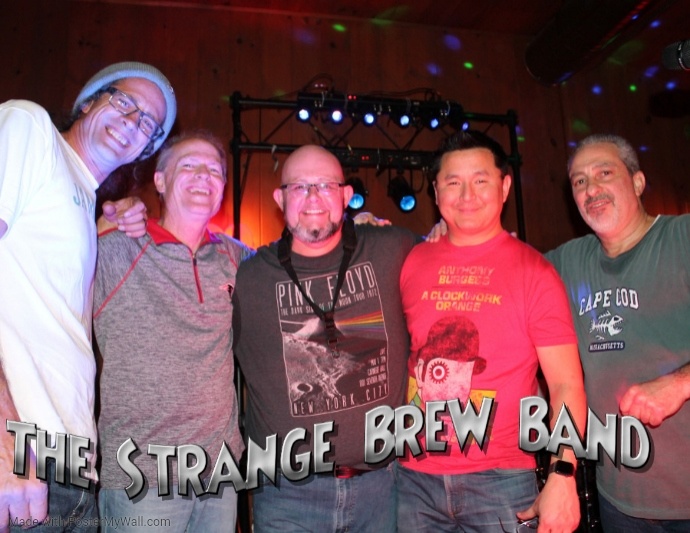 Here’s something new and exciting – for this year’s concert series we have partnered with Q105! Q105 will bring their event fun-and-games team, so get to the show early to play some games and win Q105 prizes. It’ll be fun for the whole family.

We have an exciting line-up for our Friday concerts that features some of the bands that we’ve had in the past plus a few new ones to keep us all entertained. Check out the complete concert schedule below:

For concert information or cancellation notices, call 860-446-4129, the concert hotline. Food is available on site – Groton baseball leagues will operate the concession stand.

The concerts offer families a fun, inexpensive evening. The concert site has sufficient room on the basketball court for dancing.